“The Depths of the Sea” is the book that recounts Thomson’s expedition observations 1870, revealing the mysteries of life in the deepest oceans where it was believed to be nonexistent.

The artist Anna Rierola found in this book a direct link to her anxieties and reflections, rendering visible the scientist’s journey in those limitless seas.

With the material collected from the microscopic images of neurons, mitochondria, oocytes, myofibrils, enzymes, fibroblasts, astrocytes and other nanoparticles of tissue (taken from mice, zebra-fish and humans), she created “Depths” – a series of imaginary and fantastic worlds, underwater landscapes full of life, colorful and metaphysical worlds that remind the mysterious deep sea formations of Yves Tanguy.

Starting from multiple nanoparticles of polymers and cobalt, completely impersonal and gray, Anna has projected an immense and enigmatic ocean, titling her work “Cobalt Sea” and “Radiolarians”. These pieces were inspired by the wonderful designs of millennial one-celled oceanic organisms created by Ernst Haeckel, a scientist who participated in the Thomson expeditions.

The primordial soup depicted in another of Anna’s pieces, “Biogenesis”, takes you back to the origins of life, to the beginning of an unchartered, wonderful adventure, filled with unexpected errors. This was the evolutionary leap. The microorganisms that stood out from the pack were the heroic entities that marked a turning point, a possibility among millions as shown in her “Becoming”. 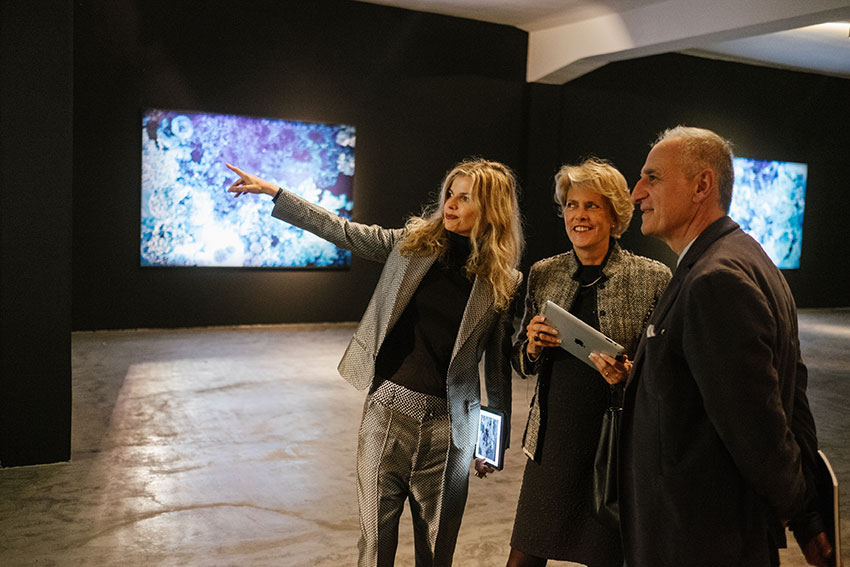 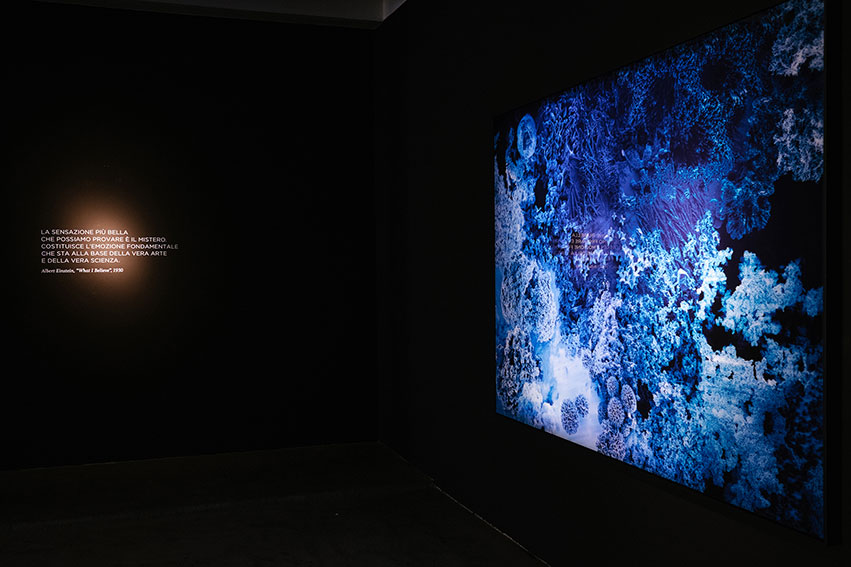 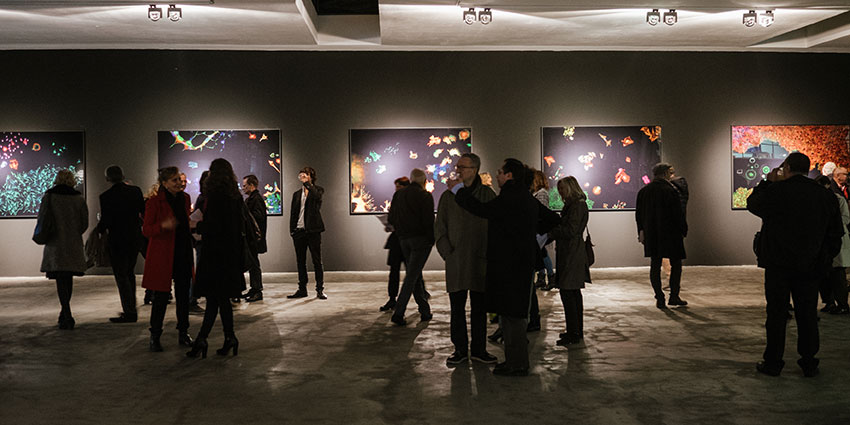