Ancestral Forest is a clipping piece of immensity, that immensity that was a necessary condition for the existence of life.

It shows us the Universe and nature as an organic whole, where each element is interrelated and can not be isolated from the rest.

Anna has been inspired by the primordial role of planktonic organisms within the global functioning of our planet and its ancestral role,both in term of the apperance of life in the sea about 3.800 million years ago, and in terms of the transformation the first photosynthetic marine microorganisms made, changing the characteristics of the primitive atmosphere, and makeing therefore the Earth a habitable planet for us,as we know it today. The artist has also focused on the architectural aspect of some of these microorganisms,whose skeletons eventually settle on the seabed, thus entering into the geological circle.

The mural continues the exhibition “The depths of the sea” (Torino Italia) inspired by the book published in 1873 by Charles Wyville Thomson, considered one of the fathers of oceanography. In it he described the results of the expeditions to study the life of the submarine depths.

The wonderful and detailed drawings of the scientist Ernest Haeckel served the artist as inspiration, to make the polymer nanoparticles collected at the Catalan Institute of Nanoscience and Nanotechnology transform into tiny particles within this oceanic immensity, representing radiolarians, a species within the extensive field of protists. The infinitesimal microorganisms: diatoms, dinoflagellates, cocoloitoferos and foraminifera observed with Scanning Microscopy and collected by the Institute of Marine Sciences, have enriched these depths, highlighting their essential role especially in the anthropocene era.

Ancestral Forest has been posible thanks to the collaboration with scientist of this Institute, both in the transfer of images and in scientific advice. 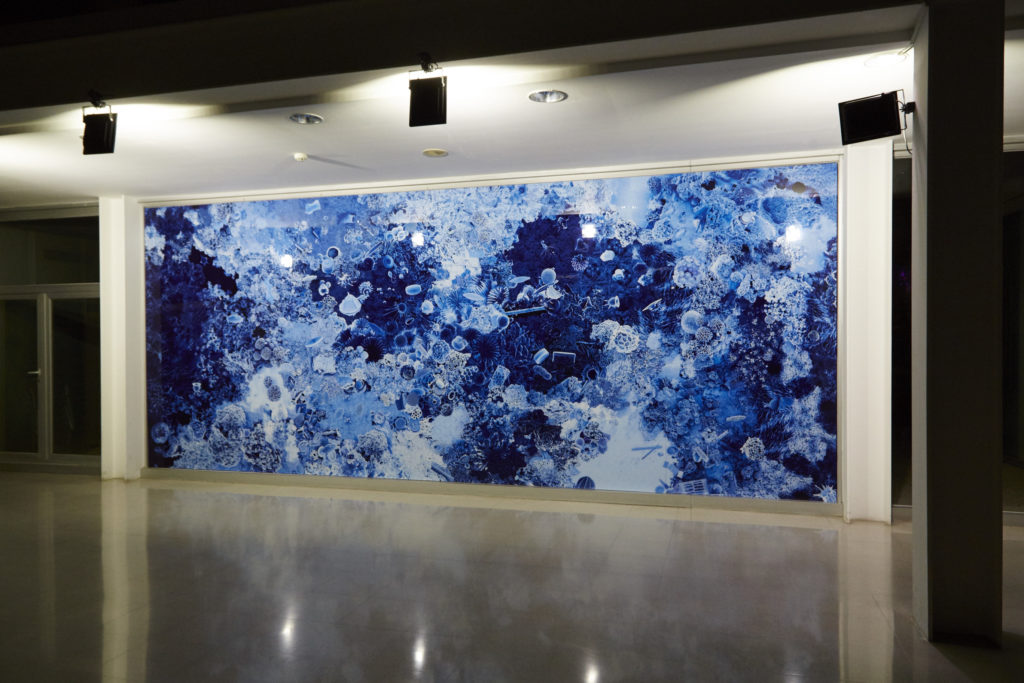 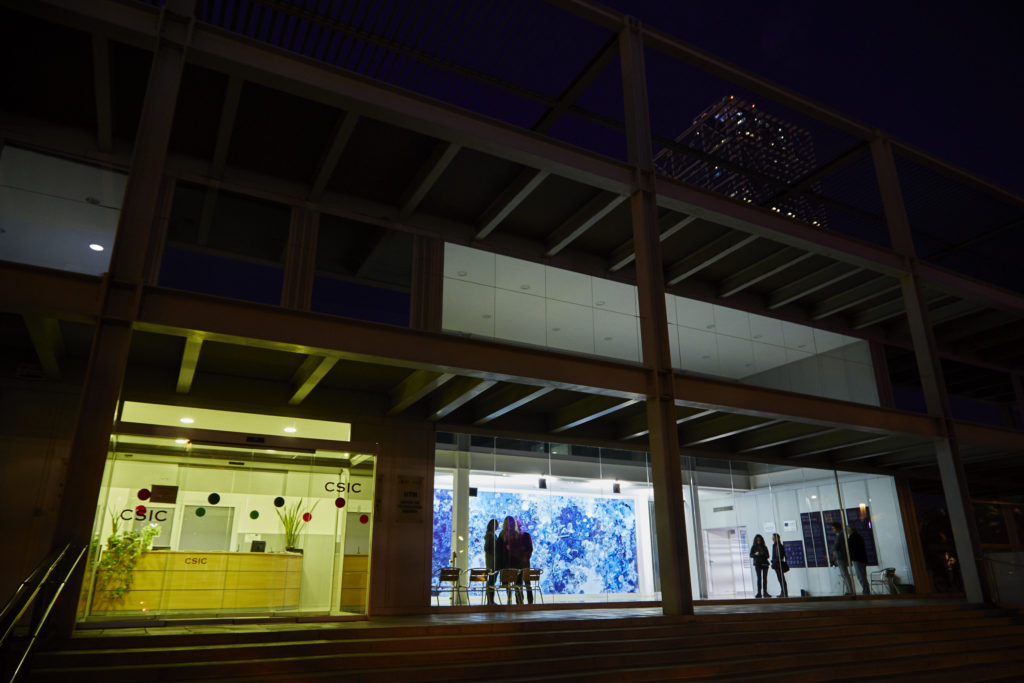 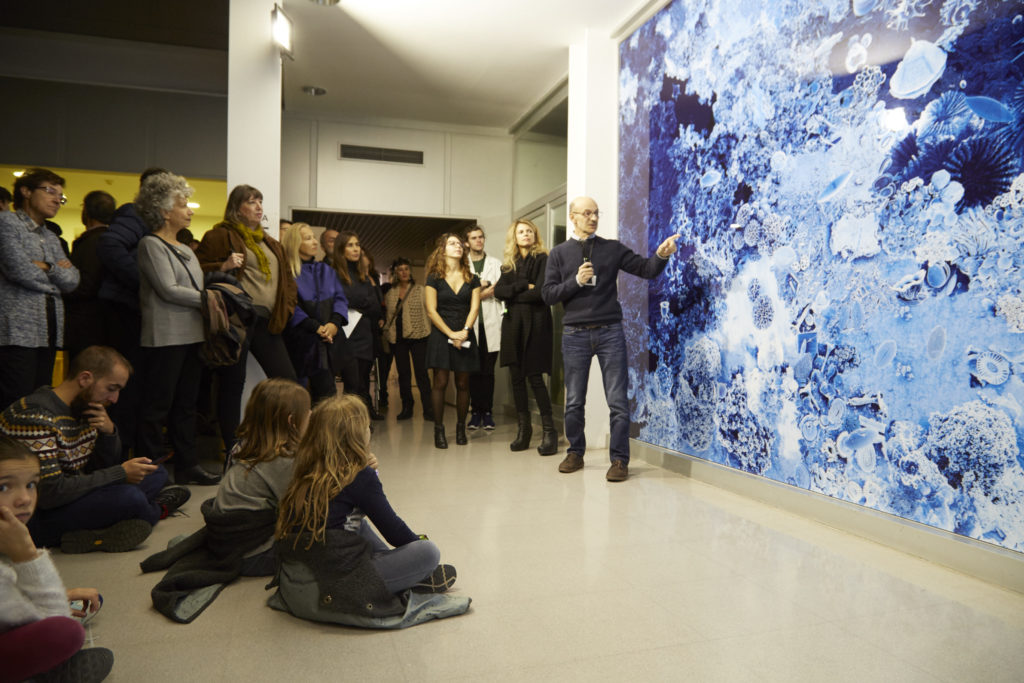