“Ancestral forest is a fragment of immensity, that immensity which was a necessary condition for the existence of life. It shows us the Universe and nature as an organic whole, where each element is interrelated and cannot be isolated from the rest”.

The 60 meters mural that covers the facade of the Mediterranean Center for Marine and Environmental Research (CMIMA) is an extension of the previous ephemeral mural and was commissioned by the same director of the CMIMA, Josep Lluis Pelegrí, to be part of an initiative called We make visible the invisible.

The creative process that took 2 years has been carried out using thousands of microscopic images of marine phytoplankton microorganisms provided by scientists from the ICM-CSIC together with synthetic polymers and other nanomaterials from the Catalan Institute of Nanoscience and Nanotechnology (ICN2) that allowed the artist to recreate the depths of the ocean.

The work shows the primordial role of planktonic organisms within the global functioning of the planet and their ancestral role, both in the creation of life in the sea, billions of years ago, and in the modification of the Earth’s primitive atmosphere making the planet habitable for us, as we know it today. The mural also raised awareness on the crucial role these microscopic organisms have in the production of more than half of the oxygen available in the atmosphere.

“I marvel myself imagining the primordial broth of life, for me this mural has something of that beginning, of that biogenesis”. Anna Rierola

The impact that the work has had was widely picked up by several mass media that highlighted not only how the mural allowed to visualize the work of many scientist working at micro levels but it was also stressed how the artwork was able to establish a true contemplative dialogue with citizens that were exposed to the fragility and mysteries of marine ecosystems. Last but not least the mural allowed to make visible the huge building of the Mediterranean Center for Marine and Environmental Research, hidden and unknown for many of the passers-by.

Images of the façade of the Mediterranean Centre for Marine and Environmental Research (CMIMA) at Barceloneta where the Ancestral Forest Mural is currently situated. 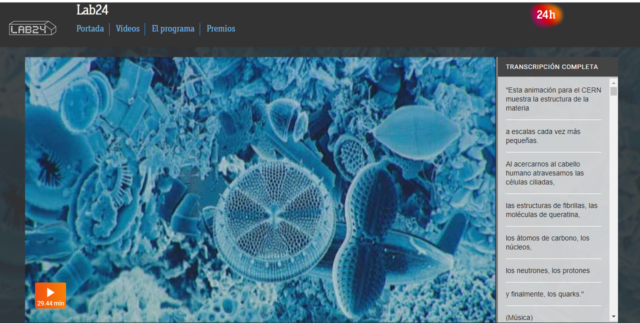 Excerpt from the TV Programme Lab24 -Genetics of History and Quantum Revolution.

Excerpt from the TV3 News Programme